How to Find Your Dream Date, Without Lowering Your Standards

Don’t compromise. Three sex and relationship experts share how embracing your values (and learning your flirting style) can help you find meaningful connections, online and off.

Before the days of texting, tweeting, and snapping, the main sources of dates were likely school, work, church, or the neighborhood bar. These days, though, about 80 percent of Americans who’ve used technology to find dates say they favor meeting potential partners online, suggests a 2016 Pew Research Center report.

But what happens when you meet someone virtually instead of IRL? There’s a chance this medium and all its minefields can change your interactions for the worse — ultimately sabotaging your success in finding a suitable partner.

“People tend to put the most superficial version of themselves online,” says Kristen Mark, PhD, a sex and relationships researcher at the University of Kentucky in Lexington who has studied the role of sexual desire in long-term relationships. “You’re potentially setting yourself up to not have a genuine view of yourself, and that can create problems, [including] being less willing to open up because you have a facade of perfection.”

RELATED: 7 Healthy Reasons You Should Have Sex — Right Now!

In the new book?The Game of Desire: 5 Surprising Secrets to Dating with Dominance and Getting What You Want, Shan Boodram, a sexologist based in Los Angeles, explores what it’s like to date in this day and age — and how to be true to yourself so you ultimately get what you want from a relationship. (Sexologists study human sexuality and sexual behavior.)

The Game of Desire by Shan Boodram 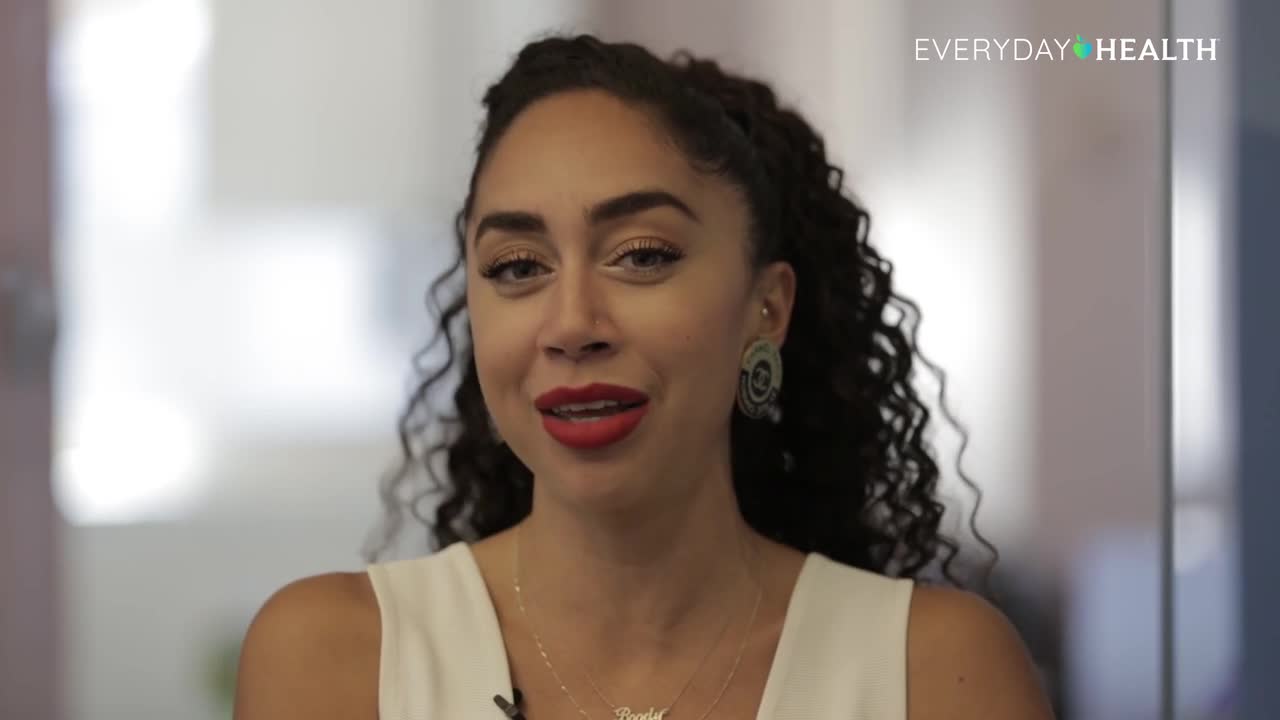 Whether you want to find love online or next door, some concepts will make it more likely you’ll find meaningful connections. Here’s what Dr. Mark, Boodram,?and Walker Thorton, a sex educator in Charlottesville, Virginia, who works with middle-aged women, say are the keys to finding happily ever after — whatever that means for you.

1. Think About What You Want Before You Start Dating

“I urge people to think hard about what they’re looking for before they start dating, whether or not they’re using online dating sites and apps,” says Walker. For example, if you’re using an online dating app, write a profile that’s focused on the person you want to attract. Ask yourself: Do you want a long-term relationship? Do you want marriage? Or do you just want a companion to hike or ski or see movies with? “It’s okay to be very specific and put it out there that you like cats, you want to date someone who lives within a 15-minute drive of where you live, and you will not date a cheater,” says Thorton. “When we are realistic about what we’re looking for and are unattached to the results, we’re more likely to have our expectations met,” she says. “But if we’re not clear on what we want, we end up disappointed.”

2. Employ the ‘Frozen 5’ to Help Stick With Your Standards

When it comes to finding a person you’re compatible with, you have to tap into your values. Boodram recommends making a list of five nonnegotiables in a mate. “These are five standards that a person must meet in order to be considered high-interest,” she says. These must-haves are unique to you, but they might include trustworthiness, emotional stability, attractiveness, charm, financial stability, and sexual compatibility.

“In the book?The Science of Happily Ever After, Dr. Ty Tashiro writes that we really only get three wishes on average when choosing a mate,” says Boodram. She believes the more thought and effort you put in to building your list, the more likely you are to “make a better mate selection, since you’ll be focused on looking for mates for the long term versus what you think you want in the moment,”?Boodram says.

3. Learn to Flirt Like a Sexologist by Identifying Your Seduction Style

There’s a bestselling book called?The Art of Seduction?by Robert Greene in which Greene describes a handful of seduction styles. In?The Game of Desire, Boodram takes a similar approach, but she coaches readers on how to be more seductive by learning which style of seduction comes most naturally and when to deploy different styles.

For example, if you’re a “Kindness Killa,” your seduction style is to flatter everyone you meet. If you’re “The Oprah,” you’re likely to be supportive of people’s highest potential. Then there’s “The Keg” — the person who makes an entrance and is the center of the party.

“Exceptionally good lovers understand the importance of all the styles because seduction styles are a lot like golf clubs,” she says. “Sure, you can play a decent game with one club, but it's better to be apt at playing with several so you can determine which is the right fit depending on the situation at hand.” You can try Boodram’s?free workbook, which can help you gain a better understanding of what you’re looking for before you put yourself out there.

RELATED:?Women and Orgasm: Facts About the Female Climax

4. Make Like Ariana Grande and Be Thankful for Your Ex(es)

There’s a reason pop star Ariana Grande’s song “Thank U, Next” is such a hit. In the tune, Grande, who at the time of releasing the song had parted ways with former fiancé and?Saturday Night Live?star Pete Davidson, croons about being thankful for her ex-partners. Through her lyrics, she shares how the experiences have prepared her for her next dating pursuit.

That reflective line of thinking closely matches Boodram’s. She often has her clients connect with their exes and ask them where they came up short in the relationship. She recommends asking pointed questions: Was I a good listener to you? Did I make an effort to understand and meet your needs? Did you find me grim or negative?

“The goal is not to get closure but to get clarity on which parts of your dating game need work,” Boodram says. If it’s too difficult to connect with an ex, consider asking a long-time friend or coworker for some pointed feedback. “Just be clear that this is a consequence-free conversation,” she says.

It may be tough, but it may help you gain more self-awareness and become the best version of yourself for a future partner. For example, if you learn that past partners found it annoying that you were always late or that you couldn’t make a decision, hearing the criticism and using it as an opportunity for self-improvement might motivate you to change your behavior.

5. Change Your Attitude and Learn to Love Dating

“‘Dating is trash,’ is something people tell me all the time,” says Boodram. “But in reality, dating is neutral.” It’s how you interact with people on dates that is good or bad, she explains. Dating is an opportunity to meet new people and learn about them, and learn more about yourself, she says. “If you’re someone who believes there’s no such thing as a good date, I implore you to reconsider and take some responsibility,” she says. “When you control the output, you can control the outcome.”

Boodram points to a?study published in March 2016 in?Behaviour Research and Therapy?that looked at 102 participants diagnosed with an?anxiety disorder. The researchers at Kings College in London asked one group to visualize an image of a positive outcome to each of three top worries they’d had in the previous week. A second group visualized verbal positive outcomes, and the final group visualized any positive image as soon as they started to worry. The two groups that visualized a positive image, regardless of whether it related to their specific worry, reported greater happiness, restfulness, and decreased anxiety.

All of this goes to show you that attitude can have a real effect on your perspective — when you’re dating or otherwise.

RELATED:?What Do Your Sex Dreams Mean?

6. If You Want to Find Love in Real Life, Be Aware of Digital Roadblocks

“Dating apps have led people to believe there are endless options out there,” says Mark. “That’s a problem because it also leads some people to believe that as soon as they hit a roadblock in a relationship, they can bail because there is someone better out there.” That isn’t reality.

“No one is perfect or perfect for you,” says Mark. Online dating, coupled with the belief that there’s an unlimited supply of potential mates, can make people less willing to open up, less willing to be vulnerable. It’s impossible to have long-term, deep connections if you’re not willing to work through differences, says Mark.

Before you wade into the world of dating technology, do some homework and learn what each one is known for. “Some are really made for hookups; some are made for relationships; some are for people who just want to have casual sex even though they’re married,” says Thorton. “Using technology doesn’t magically make the right person appear. Instead of thinking, My Mr. or Ms. Right is on this app, try thinking, I might meet some interesting people here.” Having that mind-set, she says, suggests you’re happy with who you are right now.

RELATED:?6 Things You Need to Know About Starting a Relationship After 40

It’s unclear just how many people meet online versus in person. In the 2016 Pew Research poll, 88 percent of respondents said they met their spouse or partner without an assist from technology. Yet?data from a September 2019 article published in?PNAS?found that 39 percent of heterosexual couples meet online and even more — 65 percent — of same-sex couples do.

But you’re not a statistic — you’re an individual who knows what’s best for you. “There’s no need to online-date if you don’t think it’s right for you or if it has been a frustrating experience,” says Mark. “People are still being introduced by friends, running into potential partners at stores and restaurants, and all the other ways we used to meet before technology was there.”

Get to a place, or back to a place, where you’re focused on what you want to do and enjoy doing, she says, adding, “That’s when you’ll meet someone who fits in with your life.”

RELATED:?What Is the Role of Intimacy in Overall Health?

The Latest in Sexual Health

Get Ready for Sex Again

Great tips for getting back in the game when you haven’t been in a sexual relationship for a while.

Have the Most Satisfying Sex Possible

Are your orgasms more fizzle than sizzle? Here’s how to get to the next sexual level.

Sex Drive: What Your Libido Says About Your Health

While a change in your interest and desire for sex may signal a medical problem or side effect, it’s not considered a red flag. If you consider your libido...

Read about our top choices for sex toys from brands, such as We-Vibe, Lelo, Lovense, Womanizer, and Fun Factory.

A diet high in processed meats, oils, and other inflammation-promoting foods can lead to severe menstrual cramps. Eating more of other foods can help ...

How to Have Healthier Arguments, According to Psychologists